Configuring samba to change ownership virtually – Managing your servers can streamline the performance of your team by allowing them to complete complex tasks faster. Plus, it can enable them to detect problems early on before they get out of hand and compromise your business. As a result, the risk of experiencing operational setbacks is drastically lower.

/mnt/md0/ is a raid system and file permissions are root.root for historical reasons.

On the windows machine we now see Unix userroot as the owner: 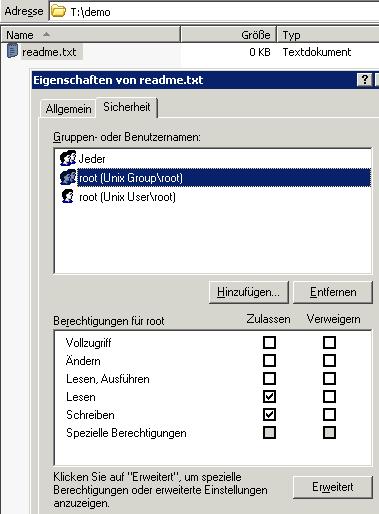 This is logically correct.

But is there a chance to change samba configuration so we see user1.user1 as owner on the windows side instead of Unix userroot?

Second, You can map individual users by modifying samba.conf by adding

to the [global] section, and then making the file /etc/samba/smbusers containing :